"...of circumstances governed by law and judged by a court"

"It is better to avoid than to run; better to run than to de-escalate; better to de-escalate than to fight; better to fight than to die. The very essence of self-defence is a thin list of things that might get you out alive when you are already screwed." - Rory Miller author of “Meditations on Violence: A Comparison of Martial Arts Training and Real World Violence.

If you're like us, then you'll walk round or avoid any obstruction and look both ways before crossing the road and yet many of us 'blindly' put ourselves at risk by ignoring the obvious signs of danger - the group of suspicious individuals huddled near the cash point late at night or the shortcut home down that dark alleyway.

Soft skills like: avoidance, awareness, escape and verbal disuassion and distraction are the key strategies employed when embracing self protection, common sence some would say.

The physical, punch and kick tactics we colloquially refer to as self defence are hard skills and should be viewed as a last resort when looking to extricate yourself from a physical threat.

Leading self defence experts the world over agree that these soft skills are the most important element of any self defence class. Resorting to physical techniques to effect an escape can be, if we are to be perfectly honest, viewed as a failure on our part to protect ourselves.

ACS SelfDefence employs real world self defence techniques and their accompanying soft skills in both self defence and martial arts classes.

When you can recognise potentiall threats and dodgy situations and you are more confident in your every day activities, you are less likely to become a target of crime. Therefore good self defence is a contradiction, the more prepared you are, the less likely you are to need it - that is the objective of all ACS Self Defence sessions - we don't teach you how to fight but how to survive.

"deny reality and you can't control it" 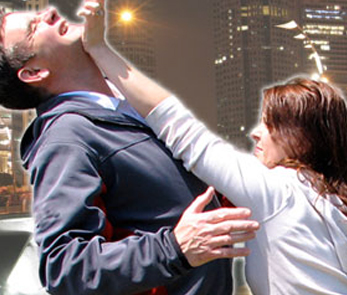 There is a popular and dangerous misconception perpetrated by many traditional martial artists. They market their martial skills as self defence and, although in some instances those skills provide adequate defence techniques a lot of them require complicated and convoluted multi-move motor movements to execute - these fine motor skills are hard to control under stress. Real world agression is dirty, frightening, in your face and requires escape and avoidance tactics coupled with simple fast and effective physical techniques, plus any tuition that doesn't include advise on reasonable force as defined by UK law can't really be described as self defence. ACS Martial Arts provides self defence strategies within their normal jujitsu sessions and via bespoke courses through ACS Self Defence.